Irving Azoff's performance rights organization Global Music Rights (GMR) and commercial radio group the Radio Music Licensing Committee (RMLC) are embroiled in competing lawsuits against each other, with each side alleging antitrust practices. But at least one band caught in between is trying to walk a tight rope strung between them.

In November, the RMLC filed an antitrust suit against GMR alleging Azoff's operation had created an artificial monopoly with regard to its catalog, and sought to compel GMR to submit to a judicial rate-setting procedure that would allow radio stations to program songs under the PRO's purview at what it sees as a fair market price (similar to the agreement it signed with ASCAP just yesterday). Azoff and GMR fired back a month later with a lawsuit of its own that alleges the RMLC is short-changing artists and operating as a "cartel" and denying creators the ability to receive fair compensation for their work.

But Anthrax, the iconic metal band led by original co-founder Scott Ian, today released an open letter to Azoff that carefully and respectfully distanced themselves from the back-and-forth, attempting to clarify why they were included on GMR's list of artists it represents while preserving their positive relationship with the radio industry. According to the group, despite the fact that none of its members are affiliated with Global Music Rights, their 1999 cover of Metallica's "Phantom Lord" — a song which is in GMR's catalog — apparently landed them on the company's list of represented artists. But with the possibility of GMR withholding its catalog from radio hanging over the legal proceedings, Anthrax is concerned that their association could hurt the inroads they've built within the radio industry.

"Anthrax has recorded and released more than 150 songs over our 35 year career and we don’t want radio programmers to think that they cannot play any of those other songs," the band writes. "Please do the right thing, not just for Anthrax, but for all of the artists you’ve listed on your GMR site — provide specific information to radio about what songs are affected and cannot be programmed without the required GMR license."

Read the full note below.

As artists and songwriters, we certainly appreciate anyone’s efforts to see that we are paid a fair wage for the use of our music, “fair pay for fair play,” as your lawsuit against the Radio Music License Committee states. As a result of your suit, our understanding is that as of January 1, 2017, more than 10,000 U.S.-based radio stations could be fined if they program songs written by a songwriter represented by your company, Global Music Rights, without first obtaining the proper license. We certainly understand and respect that.

However, you’ve included Anthrax on your “What Songs are in the Global Music Rights repertoire” and that mere inclusion presents a skewed and unjust misrepresentation of the complete facts. This could be very damaging to us and to our fellow performers who may find themselves in a similar situation.

With no disrespect, none of the members of Anthrax are affiliated with GMR so the songs we’ve written would not be included or affected; however, way back in 1999, Anthrax did record a cover of the Metallica song “Phantom Lord” that was released on a limited edition Anthrax EP. The credited composers for “Phantom Lord” are our good friends James Hetfield, Lars Ulrich, and then-Metallica member Dave Mustaine. As you included Metallica and Megadeth on your GMR Rights list, we believe our having recorded that one song some 17 years ago may be the reason we are on your list.

Mr. Azoff, you and the songwriters you represent have every right to fight for fair compensation, and we would completely understand if you were to inform the more than 10,000 U.S.-based radio stations that as of January 1, 2017, they cannot program the Anthrax cover of “Phantom Lord” unless they agree to the GMR licensing terms. But you don’t provide that information, you’ve merely listed “Anthrax” which does nothing other than create a dark chasm of mystery for radio programmers. Without offering responsible specificity for the programmers, such as the actual title of the song that we recorded, written by the particular GMR client, you’ve created a precarious situation. Anthrax has recorded and released more than 150 songs over our 35 year career and we don’t want radio programmers to think that they cannot play any of those other songs. With the release of our most recent album, Anthrax has had two Top 40 tracks at rock radio and our label will be working another song at this format in early 2017. We would ask that you recognize the fact that radio stations are short staffed so likely would not have the time necessary to use your search tool to locate the Anthrax song — and there is JUST ONE — that was written by one of your GMR artists. Please do the right thing, not just for Anthrax, but for all of the artists you’ve listed on your GMR site — provide specific information to radio about what songs are affected and cannot be programmed without the required GMR license. 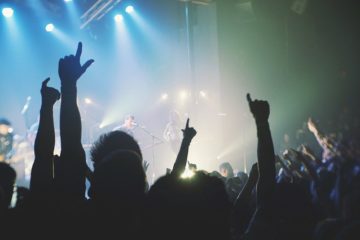 Nicki Minaj and Drake reunite after Meek Mill fall out

Share on FacebookShare on Twitter The stars reportedly called a truce during a meeting with Lil Wayne in January (17). Source: Music News UK Nicki Minaj and Drake reunite after Meek Mill fall out Tweet Read more…